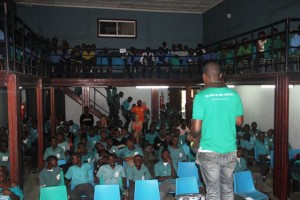 This 2013, World Population Day, Green Cameroon joins the world to raise awareness on this year’s theme “Adolescent Pregnancy” in the hopes of delivering a world where every pregnancy is wanted, every childbirth is safe, and every young person’s potential is fulfilled. This would have profound implications for future development. The world’s population is expected to soon surpass 7 billion (up from 2.5 billion in 1950). That is more than double the number of people living on Earth just 50 years ago. A world of 7 billion is both a challenge and an opportunity with implications on sustainability, global warming, and urbanization, access to health services and youth empowerment

About 16 million girls under age 18 give birth each year. Another 3.2 million undergo unsafe abortions. The vast majority (90 per cent) of the pregnant adolescents in the developing world are married. But for far too many of these girls, pregnancy has little to do with informed choice. Often it is a consequence of discrimination, rights violations (including child marriage), inadequate education or sexual coercion.

As the global population increases, so does the number of mouths to feed. The good news is that in addition to providing food, innovations in sustainable agriculture can provide a solution to many of the challenges that a growing population presents. We’ll have to learn how to moderate our consumption of materials and energy and to jumpstart new technologies that conserve them. Innovations environmental protection and in farming will be among the most important: with planning, agriculture can operate not only as a less-consumptive industry, but also one that works in harmony with the environment.The U.N. predicts that 65 percent of the global population will live in cities by 2050. Urban agriculture provides an increasing number of city residents with fruits and vegetables, leading to improved nutrition and food security for the fast growing population.

Although an unpopular subject, the world’s growing population has become a topic of concern for some who fear that as the world’s population grows, the state of our environment will decline. Thomas L. Friedman said “It is getting hot, flat, and crowded. That is, global warming, the stunning rise of middle classes all over the world, and rapid population growth have converged in a way that could make our planet dangerously unstable. In particular, the convergence of hot, flat, and crowded is tightening energy supplies, intensifying the extinction of plants and animals, deepening energy poverty, strengthening petro dictatorship, and accelerating climate change.

Some argue that there are two underlying issues with population growth and the environment. The first is that simply by the world population 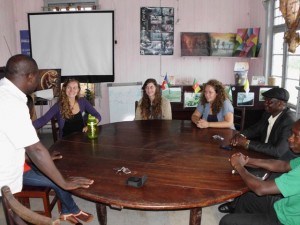 increasing, resources will become more limited. The second is that the world’s population is continuing to use these resources in inefficient ways. Increase in Adolescent Pregnancy to the world, is a double-barreled environmental problem — not only is population increasing; so are emissions per capita. For example,when worldwide greenhouse gas emissions had just begun to transgress the sustainable capacity of the atmosphere in 1970, the world population was about 3.7 billion; today it’s about 6.9 billion (an increase of 86 percent). In that same period, worldwide emissions from fossil fuels rose from about 14 billion tons to an estimated 29 billion tons (an increase of 107 percent). No wonder Westing said “the connection between overpopulation and global warming is still considered a taboo subject; there should at least be an increased focus on combating global warming through emission-control measures”.

WHY is Adolescent Pregnancy in connection with over-population such a taboo and focus subject this year? Controlling our population would solve so many problems, not just hunger and global warming or resource usages. Overcrowding alone leads to crime; lessen the number of people on the road and you lower drunken driving deaths; stress-related illnesses are largely due to just too many damn people interfacing with each other; urban blight; the list goes on. So why is it a taboo and a focus theme? Oh, that’s right, because then we’d have to talk about…Birth control, Abortion, Family planning,Oh Yes.

Friedman proposes a solution in his book (“The World Is Flat“) and though he questions whether the world is ready to take charge, he believes positive change could happen with “Code Green”. Code Green means making America the World’s leader in innovating clean power and energy-efficiency systems and inspiring an ethic of conservation toward the natural world, which is increasingly imperiled. 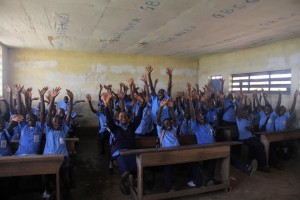 For Cameroon and other countries to become World leaders in innovating clean power and energy-efficiency systems and inspiring an ethic of conservation toward the natural world like America,We’re going to need both massive breakthroughs controlling adolescence pregnancy,Birth control, Abortion, Family planning, clean power and a deeper respect for the world’s forests, oceans, and biodiversity hot spots if we’re going to thrive in this new age.

We are all human beings stuck on a tiny spec of sand hurtling through space with no thing inhabitable around us. We either come together or grow up or we die out. As the U.N. Population Fund writes, “Whether we can live together equitably on a healthy planet will depend on the choices and decisions we make now.”