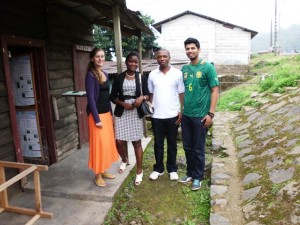 Green Cameroon, today at its office in Buea-Cameroon, received two workers from GIZ Mr. Ajay Pal Singh who was one of the many participants at the Green Week and an active participant on during its programme on the Herakles case was accompanied by Miss Yoko Nadege.

The two visitors and one other are carrying out a study on CSOs in Cameroon, their activities, successes, setbacks and their relationship with governments and the communities they serve. Many issues where raised during the encounter including the cordiality and cooperation between organisations which we think are major concerns. 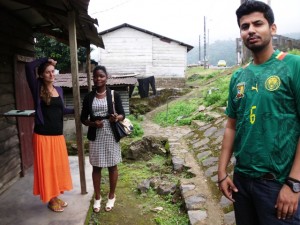 Green Cameroon is pleased to have contributed to such a study and really hopes that the final result or finding will be given the attention it deserves as its Executive Director really thinks that there should be enough follow up at field level if positive and lasting results are to be attained. Green Cameroon very much encourages such studies as it is only through going down to the grass root that the true picture of things can be obtained.

The GIZ visitors think Green Cameroon is doing a great job in communities and wished the organisation a lot of success in its activities as they departed confirming satisfaction in their findings.