In recent years climate change has become the talk of the day at international and national levels. Without 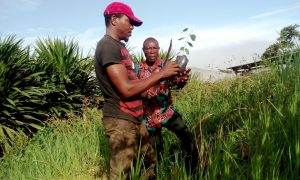 Records state that there has been a drastic increase in temperatures from the preindustrial average period. So today the world is focusing on keeping temperatures from increasing more than two degrees above the preindustrial average. As already stated that climate change is a shift in the world’s weather conditions, these variations have resulted in some negative effects among which are,

With these devastating effects individuals and organisations are putting efforts daily to see that these variations are being managed and their effects reduced. But we cannot talk about managing the variations in the weather condition without fully understanding the causes of these variations.

Man is the primary cause of climate change!!! So it is said by many scientists, these arguments explains that though there be some natural phenomena that can affect climate, climate scientist say that effects of global warming and climate change experiences are the result of human activities. Research say that life on earth is dependent on an atmospheric “greenhouse” that is a layer of gases primarily water vapour that traps heat from the sun as it is reflected back from the earth. The greenhouse gases include carbon dioxide, methane, and Nitrous oxide. Human activity I currently generating an excess of long lived greenhouse gases that unlike water vapour don’t dissipate in response to temperature increase resulting in a continuing build-up of heat.

But in planting a tree one must take into considerations some vital aspects such as; The soil type: there is a very close relationship between trees and the soils they grow in. the soils are composed of water, nitrogen and other minerals that the tree needs to grow. So the soil types for specific tree species must be chosen with a lot of care. Soils vary in texture, acidity, alkalinity, and mineral content. These variations in soil types are brought about by; geology, topography and weather conditions. Below is a classification of soils based on these variations.

With these soil classifications, there are two main classes of soils that will be looked at. These will give a guide on the type of trees that should be grown on which soil type.

With this knowledge of soils here are some examples of tree that will grow best on soils based on their pH level.

Table of tree classification based on soil Ph.

Having this knowledge, it is important that any individual or organisation engaging in tree planting to contribute towards climate change mitigation takes into considerations the above listed factors. These will give an assurance on the life span of the trees and the contribution the tree will bring to the fight against climate change and global warming.

2 thoughts on “GREEN CAMEROON ON CLIMATE CHANGE AND GLOBAL WARMING”