Through their struggles, their desire for dignity and freedom, slaves contributed to the universality of human rights. We must teach the names of the heroes of this story, because they are the heroes of all humankind

In paying tribute, on 23 August each year, to the women and men who fought this oppression, UNESCO wishes to foster reflection and 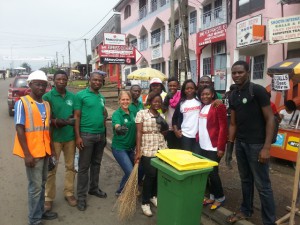 debate on a tragedy that has left its mark on the world as it is today. The United Nations’ (UN) International Day for the Remembrance of the Slave Trade and its Abolition is annually observed on August 23 to remind people of the tragedy of the transatlantic slave trade. It gives people a chance to think about the historic causes, the methods and the consequences of slave trade. Each year the UN invites people all over the world, including educators, students and artists, to organize events that center on the theme of this day. Theatre companies, cultural organizations, musicians and artists take part on this day by expressing their resistance against slavery through performances that involve music, dance and drama.

As is tradition, the commemoration of this International Day this year 2014, will be done in the same spirit of open-mindedness and dialogue. In this regard, several celebrations, some of which are listed below, initiated or in collaboration with UNESCO will be organized in several African countries. It is for this reason that Green Cameroon is inviting people around the world to remember, reflect on the consequences of the past on our present, on the new requirements of living together in our multicultural societies and on the fight against contemporary forms of slavery of which millions of human beings are still victims and also in paying tributes every year,  on 23 August each year, women and men who fought this oppression, Green Cameroon wishes to foster reflection and debate on a tragedy that has left its mark on the world

The themes include Africa’s presence in the world; the psychological consequences of the slave trade and slavery; the transfer of knowledge and skills from Africa to the rest of the world; tourism for remembrance; and cultural and creative industries arising from the tragedy.

According to UNESCO, the challenge of “living together” in our multicultural societies implies recognition of each person’s history and memory, and the sharing of a common heritage to transcend past tragedies and every economy to say “No”to the exchange of human beings for money..