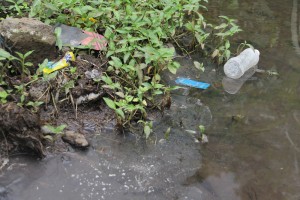 In December 1987 the United Nations general assembly decided to observe June 26th as an international day against drug abuse and illicit trafficking. The day is celebrated annually on June 26th and dedicated to eradicating drug abuse. The UN was determined to help create an international society or world free of drug abuse. According to the United Nations Office on Drugs and Crimes (UNODC), they are hundred millions of people using illicit drugs such as cocaine, cannabis, opiates, hallucinogens and sedative hypnotics worldwide.

This day is devoted to eliminating drug misuse, and addressing the structural causes that enhance the illicit use of drugs. ‘Share drug facts to save lives’ is the theme for this year 2021 international day against drug abuse and illicit trafficking. The goal is to combat misinformation and encourage the spreading of drug facts from its health hazard to solution to the global drug problem to evidence based prevention, rehabilitation and aftercare. There is the need to enhance the knowledge and understanding of the global drug problem. The higher the awareness and understanding, the higher the support from individuals and international cooperation’s in combating drug misuse and its effects on health, governance and safety. Events are being held all around the globe in schools, colleges, workplaces and even in public areas to raise awareness on drug misuse and the potential health effects.

Green Cameroon in its campaign against drug abuse is opening its doors for volunteer positions to young people who are idle, with the intention to instill in them a sense of responsibility and mold them into better individuals and persons in their communities. Green Cameroon is urging everyone especially the youths (who are the most vulnerable to this illicit drug use) to engage themselves in something that makes them responsible, be it schooling, learning a trade, or going in for voluntary services. This will keep their minds busy, avoid peer pressure and subsequently avoid drug use, as the adage ‘An idle mind is the devils workshop’.

Stay safe and keep away from drug abuse.